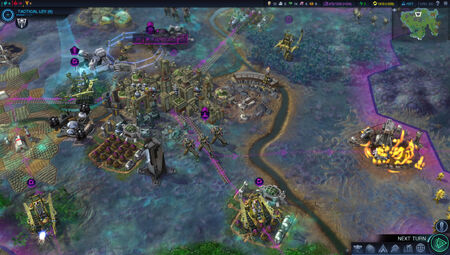 Intrigue is a resource in Civilization Beyond Earth.

Intrigue is a limited resource which allows for political and economic spying and interference. Intrigue units operate in two camps: Diplomats and Spies. As a Diplomat, a unit can subtly influence the decisions of the targeted civilization. As a Spy, the unit can sabotage large projects, steal technologies, and stage coups. These units are influenced by the Intrigue resource, which can be manipulated through various means. A higher intrigue means the enemy has a higher chance of affecting your civilizations, and a lower intrigue means you are more resilient against such influence.